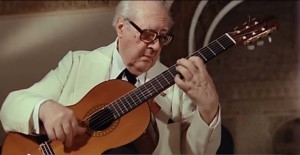 Asturias is one of the most famous compositions of Spanish composer Isaac Albéniz. The title was added after the death of Albéniz, but that’s how the song is known to the public today. The music is a reminder to flamenco and for this reason it has become a piece much played by guitarists, though Albéniz had composed it for piano. Of course the historical version is to Segovia, but also John Williams and Ana Vidovic make an interesting version. Well, good listening and good practice with Albéniz’s Asturias for classical guitar.

If you like the sound of the Spanish guitar, I would like to let you hear a special version of Beethoven’s “Fur Elise” played with the classic guitar. Good Listen and Thank You.

by Wenz
Guitarist and Composer