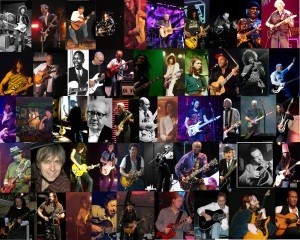 Sometimes I read articles on the Internet with titles such as: “The best guitarist in the world” or “The fastest guitar player in the world” and things like that. But we can say that a guitarist is much better than another?

Surely there are guitarists who are exceptionally talented, who have had a successful career and who have distinguished themselves in one or more styles. But remember that it is not enough to impress with special effects and fast passages, which are often less difficult than one would think. The speed is in fact just one of the skills of a guitarist, but there are also other important things, where someone is perhaps more prepared than others: rhythmic sense, expressive control, in-depth knowledge of one or more musical repertoires, advanced polyphony, improvisation, knowledge of harmony and composition, and more.

Find a guitarist who can understand all of these skills is not easy, but there are certainly many that stand out in more than one of these things. Others have perfected only the appearance of speed, perhaps with suitable equipment, like low action, compressions and distortions, becoming very fast, but giving up the dynamics and expression, so that even a novice guitarist, can have their own sound with an instrument similar to theirs. I mention no names, and not allow myself to judge anyone, I just want to say before you say that this is the best guitarist in the world, you have to think that in the world there are millions of guitarists. Maybe first you need to hear many, to understand a little more?

The important thing is that the music has to convey something, so I do a provocation. Try to see these two videos: an Iranian guitarist playing the “Flight of the Bumblebee“, or Julian Bream playing “Requerdos de la Alhambra“. Who excites you the most? Who do you believe is the most comprehensive?