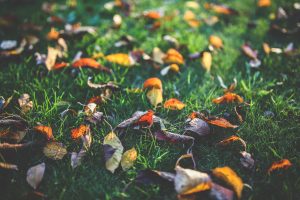 “Autumn Leaves” is a popular song. Originally it was a 1945 French song, “fr: Les feuilles mortes” (literally “The Dead Leaves”), with music by Hungarian-American composer Joseph Kosma and lyrics by poet Jacques Prevert. It seems that the chords of this song have been taken from a Russian song, however, is definitely one of the most played by the musicians Jazz Standard. The song is in AABC form. “Autumn Leaves” offers a popular way for beginning jazz with classical guitar and become acquainted with jazz harmony as the chord progression almost Consists Solely of ii-ii-V-I and V sequences Which are typical of jazz. It was originally, and is most commonly, performed in the key of G minor, but is Also played in E minor and other keys (which they are also more comfortable with classical guitar).

If you like jazz music played with classical guitar, let me also suggest you “Summer Song“, that is a composition of mine. Thank you.