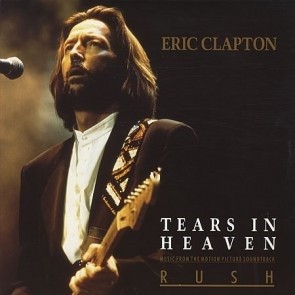 “Tears in Heaven” is a song by Eric Clapton and Will Jennings from the 1991 Rush film soundtrack. Its lyrics were inspired by the death of Clapton’s four-year-old son, Conor, who fell from a New York apartment building in 1991.

The song was Clapton’s best-selling single in the United States and reached number two on the Billboard Hot 100. It won three Grammy Awards for Best Male Pop Vocal Performance, Song of the Year, and Record of the Year. In 2004, Rolling Stone ranked “Tears in Heaven” 362nd on its list of “The 500 Greatest Songs of All Time”. Playing this song with classical guitar means playing a piece of Pop Rock history.

If you love sweet songs played with classical guitar I can also recommend my song “Summer Song“. Try listening to it, thanks.