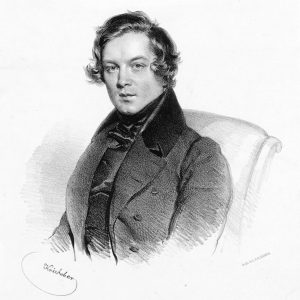 Träumerei is part of the work Kinderszenen by Robert Schumann, that is a set of thirteen pieces of music for piano written in 1838. Schumann wrote 30 movements for this work, but chose 13 for the final version. Discussing the set, Schumann told his wife Clara that the “thirty small, droll things” were inspired by her comment that he sometimes seemed “like a child”. Movement No. 7 of the work, Träumerei, is one of Schumann’s best known pieces; it is the opening and closing musical theme of the 1947 Hollywood film Song of Love, and Träumerei is the title of a 1944 German biographical film on Schumann. Träumerei means “dream”, and nothing better than classical guitar for dreamy atmospheres like that of this song.

If you like relaxing music for classical guitar such Träumerei, I can suggest you also my personal version of “Gymnopédie n. 1” by Satie with a special natural tuning.