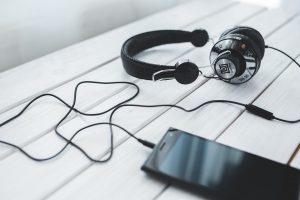 Music at 432 Hz is a very large music world where we find everything. But how should this music be heard for the best sound performance? Is MP3 format better or some other audio format?

Producing music tuned at 432 Hz means offering music with a better connection to Nature than 440 Hz music, but let’s not forget that not all 432 Hz musics are the same. Indeed, there are songs originally created with tuning at 432 Hz and others that are later transformed. Needless to say, the best ones are expressly made in studio for this purpose, keeping in mind also important things like the tuning scale, tonality and tempo of music, as I explain in my book “Integral  432 Hz Music.” In this way not only the frequency of A note will be at 432 Hz, but also that of C note will be  tuned to 256 Hz and other important notes frequencies that are part of the true 432 Hz music.

But once we have established the kind of music we want to hear, how do we listen to it? MP3, Wave, Audio Flac, which of these is best?

Digital audio formats can be subdivided into uncompressed and compressed, and those compressed include those that do not cause loss of sound information and others that instead lose them. I will try to explain these things with simplicity, so that everyone can understand.

The best source for music at 432 Hz is of course live music, where sound information is complete and perfect. But we are not always able to attend music events, and not all of the music is easily reproducible in live. To remedy these problems, various audio media have been created – such as vinyl records and audio CDs. 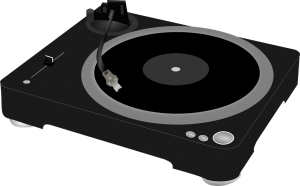 The vinyl record faithfully reproduces the audio information, of course the sound output depends on the device being used to hear and the punch and disc wear. That’s why later, audio CD was created, which has a longer life without (or almost) the wear of the media. The audio CD is an audio sampling through which the sound information is digitized and transformed into BIT. Without explaining the sampling technique, we say that more BITs are used and more sound information will be consistent and complete than the physical sound of recording. Therefore, 24-bit recorded music is better than that at 16 Bit.

The WAVE format is the audio format of the PC that matches exactly that of the audio CD. Of course, to have the same fidelity of the CD, the WAVE file must be Stereo at 16 Bit and 44100 Hz as the sampling rate. There are also more accurate formats, such as Stereo 24 Bit and 192 KHz sampling, but the space occupied by the file increases a lot, which means it becomes difficult to store on a media such as the CD and download it from the internet.

MP3 format is an audio compression format that omits part of the information, however, this is the condition to have a good audio output but a small file size and can be easily stored or transmitted over the internet. The quality suffers greatly from MP3 compression, so it is not the best format for listening 432 Hz music, although there are more faithful MP3s, such as those with 256 KBit / s or more sampling. However, this format will miss many frequencies, so better compression forms that do not cause audio information loss, such as the AUDIO FLAC format, for example.

While MP3 format is the result of a patent, the AUDIO FLAC format is a free audio compression algorithm without loss of audio information with respect to the original. This format is definitely preferable to the MP3 because it reduces to about 50% the space occupied by the starting file, but does not cause any loss of sound frequencies in the music. In any case, the size is about 5 times that of an MP3, so for more sound consistency there is a need to give up some extra space on the hard disk.

Once you explain the differences between audio formats, let’s see how you should listen to 432 Hz music. The best choice is always a good Hi Fi system, with speakers that cover a wide spectrum of sound. Another solution might be two good studio monitors connected to the PC, in any case you could also pair the speakers with two good headphones to amplify the effect of music at 432 Hz. For example, the classic Yamaha monitors have a frequency response that Ranges from 30 to 30000 Hz, well above what the human ear can hear, but let us not forget that the body receives the vibrations even if we do not ear it.

Well, I conclude that the audio CD is always a comfortable and durable support, also appreciated for music at 432 Hz. As for downloading on the Internet, for example if you want to purchase a single track of a CD, the Audio format Flac is the one that gives the best results in the face of a smaller size. For this I personally decided to make my “Integral 432 Hz Music” also available in AUDIO FLAC format.

A Mixolydian Samba for Classical Guitar and Percussions
The Best 432 Hz Music
432 hz, a bit of History
Share this post