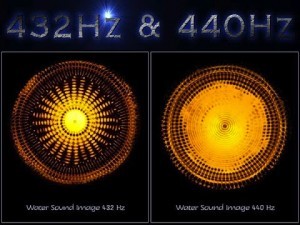 The adoption of the current frequency of 440 hz for an A note, and accordingly the pitch of the remaining notes, was made by International Organization for Standardization (ISO), which made it in 1955. The reasons that led to this decision, I think they are simply related to the physical characteristics of existing instruments to make it easier to tune orchestras (some people even talk of a conspiracy of the church, but it seems unlikely to me).
Currently, many musicians and fans claim as the best tuning a lower frequency than 440 Hz, which is 432 Hz, and justifies this choice with historical, musical and natural reasons.

A note to 432 hz users were Mozart and Verdi, so that was even called the tuning of Verdi, then we say that there are precedents.
The deeper concept in support of this frequency, lies in its greater harmonious with nature and with the processes of life, all of which are also confirmed in the Cymatics. it is logical to think that there are harmonic frequencies with these characteristics of life and other disharmonious with them. For proponents of this view are harmonic 432 Hz, 440 Hz and are not, and would cause more tension and stress than the first frequency.
432 Hz for A note, and also 256 Hz for C note, are frequencies that are interconnected to the physiological processes of DNA and of the brain, and also to the cosmic background vibration which is approximately 8 Hz.
Even the light is connected to the sound, 432 would be the ratio between the two types of physical wave. Also we find this frequency in planetary phenomena such as the movement between the Sun and and the planets of the solar system. We do not think that this has nothing to do with sound, because a superficial analysis might seem so, but it is not. We know that the frequency is a number of cyclical repetitions over time. Well, the second (time unit) is derived from the movement of the earth around the sun, and the overtone phenomenon has to do with this cyclical phenomenon, being the harmonic frequencies are also based on a repetition over time.
In short, the 432 Hz frequency connects with physical properties such as light, time, space, gravity, magnetism, and biological phenomena such as DNA and consciousness. These things are explained in my book “Integral 432 Hz Music” along with many other important implications that music can have on health and human culture.
— 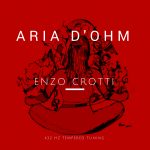